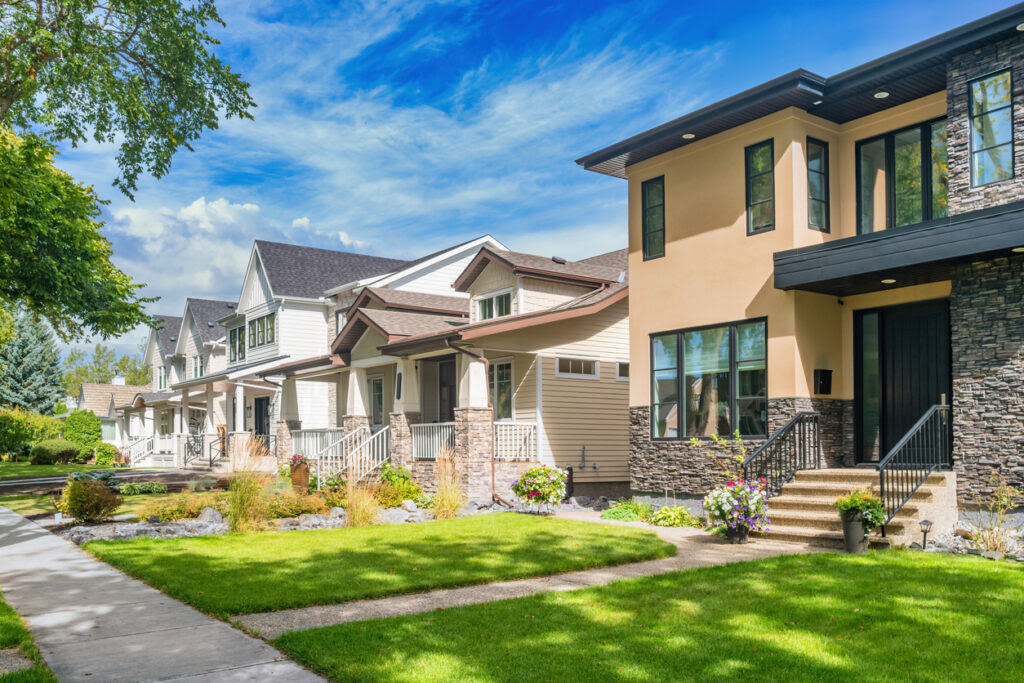 There’s nothing new about the real estate markets in Ontario or British Columbia. Home sales and prices have risen yet again. That is bad news for prospective buyers who were hoping to purchase a home this year. But there is something new and exciting happening in Alberta, and this trend could bring some much-needed activity to the province’s weakened economy.

THE REAL ESTATE MARKET IN ALBERTA IS HEATING UP, BUT HOUSING PRICES ARE STILL REASONABLE ENOUGH THAT FIRST-TIME BUYERS CAN INVEST IN A PROPERTY THAT THEY CAN ACTUALLY AFFORD.

Ontario and B.C. have been experiencing dramatic bidding wars and rapid sales for over five years. Tiny fixer-uppers are selling for $1 million and supply doesn’t appear to be satisfying demand.

Home sales are up in Alberta, and supply is decreasing faster than most could have anticipated. March recorded over 8,500 provincial sales, making it the strongest March on record. The Alberta Real Estate Association noted that home sales had been relatively weak before COVID-19, but drastic interest rate cuts, changing housing preferences and improved savings for some have supported the surge in housing demand.

Currently, the challenge for several Albertans isn’t finding a home within their budget. Rather, they need to get used to making purchasing decisions quickly. Millennials and Gen Zs are entering the market in Alberta and are driving the growing demand for properties under $600,000. There’s finally some competition, but the current state of the market is healthy by most standards.

In 2014, Alberta’s oil boom came to an abrupt halt. The record-high volume of worldwide oil inventories in storage caused crude oil prices to collapse. By February 2016, Alberta’s oil was valued as the cheapest oil in the world.

Alberta’s recession ended in 2017, but the province is still in recovery. Population growth declined in 2014 and has struggled to come back up. There is still a shortage of jobs but Albertans who are employed in trades positions, construction and energy often earn more than employees who hold similar positions in other provinces.

Alberta’s economy isn’t expected to exceed pre-pandemic levels until 2023, reports ATB Financial. The forecast, however, does predict a return to growth in 2021 and anticipates growth of 3.3 per cent in both 2021 and 2022. These predictions depend largely on how disruptive the pandemic is this year, and the demand for oil.

ATB Financial anticipates Alberta’s unemployment rate to hold around 11 per cent into next year, but this might not be a dealbreaker for prospective buyers currently living in other parts of Canada.

Currently those who can work from home are being as productive as they possibly can from their kitchen table, bedroom or couch. Chances are high that most office workers will not be commuting to work more than two or three times a week, even after the pandemic has ended. In rarer cases, some companies have said that employees never have to return to the office if they don’t want to. This has given people options that they never had before.

With a desire for more space and an ability to work from anywhere, people currently living in Ontario or B.C. could, in theory, move to Alberta. It’s not something that everyone could or would be willing to do, but if people are looking for space at a reasonable price, Alberta’s got it. Alberta also has big cities and cosy rural areas, and while it would take some time to adjust to the cold, the warmer months are a delight.

While most prospective buyers won’t likely move to a new province to find their dream home, it is an option worth considering. For those who are seriously thinking about it, don’t wait too long. Alberta’s real estate market could transition from warm to hot very soon

Related Articles
Edmonton Market Moving to Alberta: The Checklist to Buying a Home in Alberta There’s no doubt about it: Alberta is a great place to live. Whether you’re thinking about moving to one of its vibrant cities like Edmonton or Calgary, or whether you prefer the quiet, rural life in one of its smaller towns, there’s a little something for everyone. But what do you need to know before […]
Edmonton Market Alberta Condo Rules Get Provincial Overhaul The province is overhauling a series of condo regulations in what it calls an effort to “ease the burden on condo owners, boards and corporations.”  The changes come following a Service Alberta review of condo governance and insurance with rules on document fees, sanctions and annual general meeting organization among those changing.  In a written […]
Motivational Seniors: How to Age-In-Place successfully What does it mean to age-in-place and why is it so important? The majority of senior citizens are making the conscious decision to grow old in the comfort of their own home, or age-in-place (AIP). Perhaps you’re one of them, and that’s what brought you here, or maybe you’re a concerned family member. Seniors who […]